The three European Supervisory Authorities (EBA, EIOPA and ESMA – ESAs) Joint Committee has updated a second amendment to the Implementing Technical Standards (ITS) on the mapping of credit assessments of External Credit Assessment Institutions (ECAIs) for credit risk under the Capital Requirements Regulation (CRR).

The amendment assumes the work completed after monitoring the current mappings adapting them to the current situation. ITS are an essential part of the EU’s unique regulation for banking; whose ultimate objective and clear goal is the creation of a strong and reliable regulatory framework; that can be used in the whole of the European Union (EU).

The Implementation Regulation on the ECAI mapping (in the words of the CRR) followed by the European Commission on October 7, 2016, specified a point of view that establishes the basis for the correspondence between credit ratings and quality steps credit (CQS) defined in the CRR, together with the provision of mappings for 26 ECAIs.

This amendment to the ITS reflects the result of a monitoring exercise on the adequacy of the allocations, based on the additional quantitative and qualitative information collected after the entry into force of the original implementing Regulation. In particular, the ESAs proposed changing the CQS allocation for two ECAIs and introducing new credit rating scales for ten ECAIs. The ESAs also addressed the assignments of newly registered CRAs in accordance with the CRA Regulation and which are related to the previously assigned ECAIs.

ESAs have published individual mapping report projects that illustrate how the methodology was applied to produce the modified mappings according to the CRR mandate.

The Commission adopted a first amendment to the Implementation Regulation on April 24, 2018, to incorporate mappings for the five new ECAIs that had been registered or certified after the ESAs submitted the original draft of STIs to the Commission and to reflect the deregistration. of a credit. rating agency (CRA). 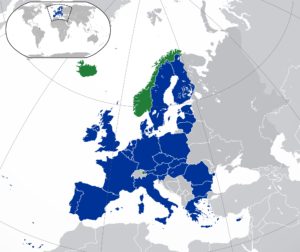